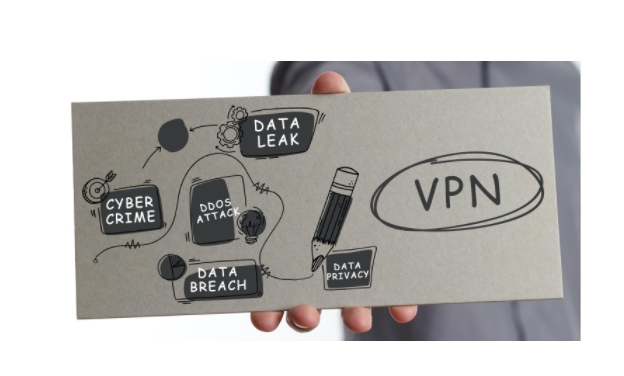 A Virtual Private Network, abbreviated as VPN in short, is a downloadable multi-platform software which has the sole purpose of providing a user with a ‘secure’ connection to ensure internet privacy. There are literally hundreds of options out there to choose from. You will find the software on proprietary websites as well as on app stores available for all platforms. Just like with any firewall, antivirus or anti-malware software, it’s important to research how a VPN works for you or your business and what features are offered.

The first time the technology itself was instated was in the late 90s as a Point-to-Point-Tunnelling PPTP protocol. It was the brainchild of Microsoft, 3Com Corp., Ascend Communications, ECI Telematics and U.S Robotics. Essentially, Windows 95 at the time already had the Windows NT Remote Access Service. PPTP and, more recently in the late 2000s, VPN as a software would come to augment PPTP. Following the hype of Apple’s first iPhone a little longer than a decade ago, app stores were launched. The structure of the internet has since changed, as well as how we interact with online products and services.

VPN software service types come in more than one flavor;

In this instance, we are looking at consumer client-based VPNs (which the majority of the public use), whereas network-based VPNs (connecting business networks together or cloud-based) are a more specialised enterprise/business option.

In terms of Client-based VPN software, we’ll look at them in app form and there are two flavors of contract type;

Nowadays whether you choose to pay for a premium vpn service or would just like to get something up and running quickly and secure yourself for free, there are many options available. The general idea behind a VPN is that it offers the following protection;

The following basic functionalities also apply to what a VPN service should always offer;

When it comes to choosing between a free VPN and a paid one, here are some comparisons on what is generally offered;

The Issues With Free VPN Services

The latest findings show that VPN usage is growing steadily, at a rate of about 150% as of now and that the VPN market could surpass the one hundred billion dollar mark by the end of the decade. 2020 has gotten everybody in the Work-From-Home (WFM) model, so naturally VPN usage has also skyrocketed.

When it comes to personal use, at least half of all VPN users use a free VPN as opposed to a paid one (this doesn’t exclude the fact that they may buy into a paid version later). There are several issues that need to be addressed when it comes to the safety of free VPNs (keep in mind that safety depends on the VPN software provider’s policy). In a study conducted by Australia’s Commonwealth Scientific and Industrial Research Organization on mobile VPNs, there are worrying findings that confirm the following points;

Tips On How To Stay Safe

The problem is that many recent free VPNs (with various names) are operating from countries such as China and are available for download on both the Google Play Store and Apple’s App Store (although both companies are working on filtering out potentially dangerous software). The reason China and similar countries are an issue is because of their national policies on information gathering (VPN is very strictly regulated in China for example, so they have approval from the government to collect information).

As we have seen above, downloading a free VPN is not something you should take lightly. All of your internet browsing and credentials are being transferred over that VPN, and you need to dive deep into their policies and reviews if possible. Furthermore, functions such as unblocking a geo-block may not work properly for you with a free VPN, which is sometimes an indicator of a VPN not being as transparent as one would think.

The question is then, what do you know about VPNs and how much have you researched the VPN provider in question before handing over your internet connection? What are the takeaways for your internet safety?

Finally, you should double check and confirm the security of your connection a.k.a anonymity. There are websites specifically focused on connection diagnostics, which are perfect tools for those serious about their privacy. One such example is WHOER’s page. You could also conduct an advanced IP and DNS leak test to see how transparent your connection is.