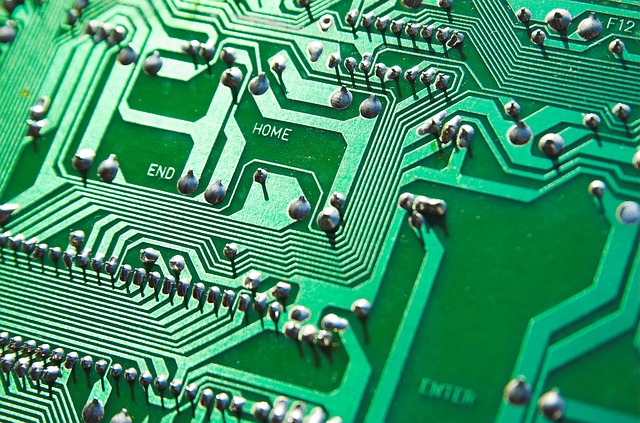 Error code 262146 is essentially a connection issue, meaning that your device cannot establish a connection to Call of Duty Servers. The error is not specific to any device and may occur on Windows, PlayStation, or even on the Xbox One console.

The error message often pops up after once you are done playing the game, but you may also get the error while queuing for the game. Throughout this guide, you will learn what the error code 262146 and how you can resolve it on different devices.

As mentioned earlier in the guide, this error code is triggered by the inability of your device to connect to the game servers. Well, this may be brought about by a number of things, including:

You may be having a problem connecting to the Call of Duty: Modern Warfare servers simply because the game servers are down. You may also get the error code when the servers you are connecting to is overloaded.

Other users have reported getting error code 262146 whenever the servers are being maintained or serviced. As such, it is advisable to first check the server status, as they should, as described below.

Again, the problem could be in your Internet Service Provider’s side. This is particularly the case when the internet is down or is just too slow to establish a reliable connection. To rule this out, you need to test your internet speed and bandwidth to see whether they meet the minim requirements for this game.

If not, you may need to opt for a different Internet Service Provider (ISP) to resolve the Call of Duty error code 262146.

If you are getting the error message on a PC, the Firewall may be the one to blame. Some users have been having connection issues simply because the Firewall on their Windows computers is blocking the game.

If this is the problem in your case, you will need to whitelist the Call of Duty: Modern Warfare game, as well as its launcher to clear the error. Alternatively, you can just disable the real-time Firewall protection on your computer every time you are playing.

If the internet connection hardware, such as modem, and router, is malfunctioning, you will not be able to connect to the game servers. This has also been proven to trigger error code 262146. In such a case, resetting the network devices may resolve the problem.

Depending on what is triggering the error message, different methods may be used to clear the Call of Duty: Modern Warfare error code 262146. Again, the right fix for this connection issue will also depend on the device you are using to play the game.

Discussed below are some of the most effective methods of clearing error code 262146:

Are getting the Call of Duty: Modern Warfare error code 262146 on your Windows PC? This is often as a result of a conflict between the Call of Duty game or launcher and Windows Firewall. Although the game is harmless, the Firewall may detect it as malicious, hence block it.

Some third-party Firewall programs for Windows have also been proven to have this effect. Regardless of the case, this conflict will trigger error 262146 on your PC as you play Call of Duty: Modern Warfare. If you suspect this to be the problem, you should whitelist the game in Windows Firewall or just disable the Firewall temporarily, as described below:

If the Firewall is the problem, you should consider disabling it whenever you are playing the Modern Warfare game. This has helped a number of gamers avoid error code 262146 in the past. To disable Windows Firewall on your computer, here are the steps you should follow:

Press the Windows + I key combination to open Windows Settings on your PC. Now navigate to the Update & Security and open Windows Security. On the right lane, select the “Virus & threat protection” option.

Selecting the Virus & threat protection settings will open a pop-up window. On this Window, click on “Manage Settings”. You should then continue to turn off Real-time Protection.

Return to Windows Security Settings, and then select Firewall & network protection. At this point, you need to choose the network you are currently using. Thereafter, you should toggle off the option Windows Defender Firewall in the Window that follows.

Once you are done, close the Window and try launching Call of Duty: Modern Warfare to see whether the error has cleared.

Whitelisting the game in Windows Firewall will also achieve the same effect as the above-described method. Only that you will not need to disable the Firewall and leave the computer unprotected as you play the game.

To Whitelist Modern Warfare on Windows Firewall, here is the procedure you should follow:

Press the Windows +S key combination to launch the Search utility on your computer. Type in Control into the search field, and press enter. Select Control Panel from the search results.

Step 2: Allow the App/Feature Through Firewall

On the Control Panel, alter the view from the top-right corner to display items by category. Click on the System and Security category

If the User Account Control window pops up, click Yes to confirm the changes. You need to scroll down until you find all the Apps/features related to the Call of Duty: Modern Warfare game. (These include Battle.net, Steam, and the Game Launcher).

For each of the Apps/Features, check both the public and private fields. If you do not find the game or its launcher on this list, just click on “Allow another App” and follow the prompts to add the game and its features to the list.

Once you are done, click on the OK button to update the changes you just made. Now close the window and try launching the Modern Warfare game once again.

If you are getting the Call of Duty: Modern Warfare error code 262146 on an Xbox One console, restarting the device may offer a temporary fix. For a more permanent solution, you should consider power cycling the console.

In this regard, you need to turn the device back on, if it was in the hibernation mode. Now press the Xbox button for about 10 seconds or until the device shuts down and the fans go silent. Unplug the power cord from the power outlet and let the device stay unplugged for about 30 seconds.

After the 30 seconds, plug the Xbox One power cord back into an outlet socket and power the console back on. After the device has started, launch the game to see whether error 262146 was cleared.

Just as is the case with the Xbox One, power cycling your PS4 will help resolve the Modern Warfare error code 262146 problem. If the console is in hibernation, turn it back on. To power cycle, the device, press the PS button on your console to reveal the Power Options menu.

From this menu, select “Turn Off PS4” and allow it ample time to shut down. Once off, disconnect its power cord from the wall socket and allow the device to remain disconnected for about 30 seconds. Plug the power cord back in and power the console on.

You can now launch the game once again to see if the issue has been fixed.

Before attempting a more advanced solution, you should check the server status from the Provider’s website or using such services as DownDetector. You should also check to see whether your ISP is having any internet or coverage problems.

If these are not the problem, you can use the above-described methods to troubleshoot and fix Modern Warfare lol error code 262146.