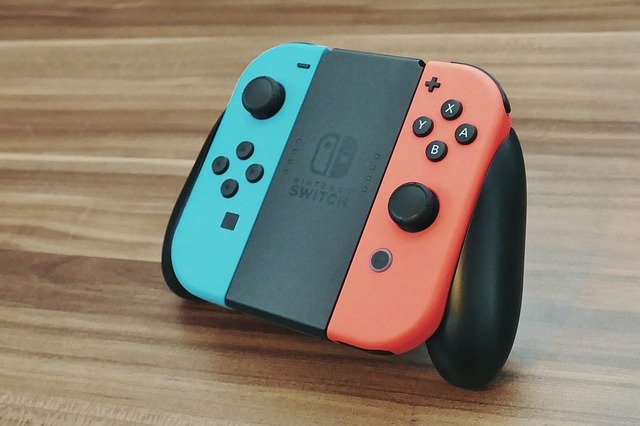 The Nintendo may refuse to respond when you try to turn it on. It may be simply drained, have a faulty charger, and more. In this article, I would be describing the steps that you could take to remedy the problem. Also, I would show some other issues that your Nintendo is prone to. If your Nintendo Switch is not turning on, it may be just a simple power glitch. Butt, some things could have occurred.

It might be a simple case of a drained battery in need of a recharge. A faulty AC charger or USB-C charger could also be stopping your Nintendo switch from coming on.
Your Switch could also be frozen and unable to respond.

What Ways Can I get My Nintendo To Switch Back on?

Solution 1- Give your Switch time to charge

The first course of action is to check if your battery is running low and need to be charged. It is a normal occurrence and should be expected.

Step 1: Get your power cable.
Step 2: Plug it into the charging port of your Nintendo console.
Step 3: Connect the power cable into a power outlet. Ensure it is functional, as you could test it with a different cord to be sure it works.
Step 4: Let it charge for at least an hour before you try turning your Nintendo back on.

Note: If your Nintendo is fully drained, it may take a lot longer to come on, even when connected to the right charger. However, if it doesn’t still come on, then you should check its USB-C charger and ensure it is properly connected to the switch.

If after all these, it doesn’t come on, then you should check the next solution below.

When your Nintendo refuses to come on or charge it might be as a result of whatever reason. You could fix it by resetting the charger. That could be hindering your Nintendo from come on.

Step 1: Remove the charger from the power outlet.
Step 2: Take out the other end from your Nintendo port.
Step 3: Leave it out for the next thirty seconds to discharge.
Step 4:  Try it out with a different power outlet before you reconnect to your Nintendo.

If your Nintendo doesn’t come on now, then you can try the next solution.

If all your other options have failed, then your switch may be frozen. The power button could be having issues hitting the panel.

For you to let it loose, follow the following steps:

Step 1: Disconnect your Nintendo from charging.
Step 2: Hold on your Switch’s power button for a minimum of 12 seconds. If it is frozen, it would force the Switch to reset.
Step 3: Once you let go of the button then allow it for a few seconds.
Step 4: Now, you can try charging your Nintendo once again.

With this, you should get your Nintendo to come on again. If it fails to come on, then you would have to contact Nintendo support center.

Other things that could happen with your Nintendo Switch.

These are a few other problems:

1.The Joy-cons could disconnect for no reason:

The disconnecting left Joy-Con controller happens to be a popularly widespread problem. It happens frequently and could cause you to lose a good game. Applying excess force or squeezing the controller could make the joy-con pop out. You can remedy this by purchasing a conductive foam to protect your Joy-con.

2.The console could bend over time

You can face this problem when your console lies in its dock for an extended period.  The device could get warped or bent a lot backward than is usual. If the problem is intense enough, you could even encounter trouble attempting to remove it from or place it in the dock again.

To verify whether or not, your Switch has warped, take off both Joy-Con controllers. Then you could place the system screen-side down on a completely flat surface. This particular issue doesn’t necessarily harm your gaming experience.

The console develops a cracked casing

It isn’t as popular as some of the other issues users have faced with the Switch. But, several people have still reported finding small cracks on the top of your console’s casing. The cracks are found near the game card slot or in the bars going across the top vents.

It isn’t clear what makes the cracks to form. But some of those affected, claim that they have not treated their console particularly roughly. So, if you are traveling with your console or moving for a long distance, I’d suggest that you got a backpack or purse.

If cracks have already formed on your Switch’s casing, your only real option will be to live with it. You could also send it to Nintendo for repairs if it has grown worse or spread to other areas of the console.

Note: This is just a speculation, and it may not necessarily happen to your Nintendo Switch.

Your Console may refuse to turn on due to several reasons that have to do with its charger and power cable. There are claims that they could have been caused by a few power issues and this can be rectified. I have detailed the process you could use in turning your Nintendo back on. Besides, I also added a few possible foreseeable problems you might encounter.

However, if it doesn’t work, you could contact Nintendo support center. There, you’ll be provided with a means of getting rid of this problem.