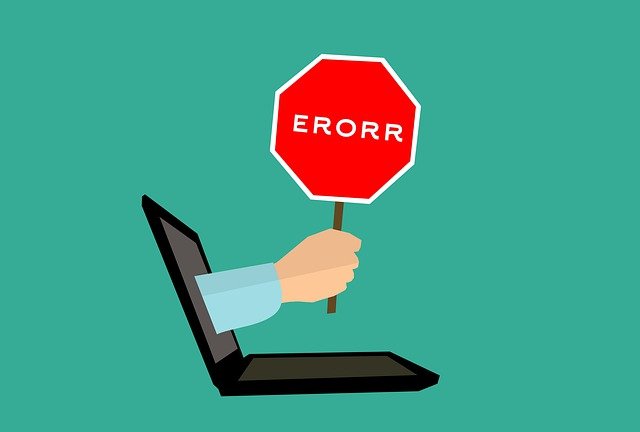 Firstly, we should know that what a ntvdm.exe file is? The ntvdm.exe file is also known as the Windows NT Dos Virtual machine and belongs to the Microsoft Windows family. This operating system is quite helpful to users by providing an environment for a 16-bit process to execute successfully on a 32-bit platform. It is easy to use and can be installed easily through the windows control panel without causing any PC’s performance threat. Let us have a brief overview of the file including the general causes as well as solutions

Causes of performance failure of ntvdm.exe

However, several errors are associated with the performance failure of ntvdm.exe, due to which the user may experience malfunctioning of the system. Some of these errors arise temporarily and are going on their own without requiring any additional efforts to fix them. However, some of the errors persist for a longer time and reoccur and do not get resolved independently. This is an alarming situation and needs to be addressed, particularly to get them fixed and avoid bigger problems. However, it is not uncommon that ntvdm.exe usually gets infected because of some third-party software or some virus infection. This will be discussed below in detail.

One of the major causes of the performance failure of ntvdm.exe is its familiarity and availability to hackers. Due to which it can easily attack it. Apart from this, whenever problems are encountered with this specific file, it is usually because of system issues such as program conflicts, installing a certain system, and data corruption. Thus, these are some of the problems one should be aware of while handling any computer issues related to this particular file. Some of the common performance errors related to ntvdm.exe are given below:

Error: The Ntvdm.exe uses above 90% of your CPU processing power

This type of error usually occurs when a user tries to run a certain MS-DOS-based application, but this is a rare issue because we don’t have many of these applications today. Having said this, a DOS emulator can easily solve this kind of problem without any additional efforts.

Error: The NTVDM CPU has encountered an illegal instruction.

This particular issue occurs when a running DOS-based application crashes. This may also happen with an attempt to run a 32-bit application through the MS-DOS.

This error typically occurs when a running 16-bit application attempts to access a lengthy filename because the file is not programmed to handle such cases.

There are numerous issues regarding this particular file. Therefore, keeping in view the problems mentioned above, from the failed attempts to run certain 16-bit applications and to several viruses disguising themselves as this file itself, we have listed down some common solutions that have been found helpful to solve this issue:

One of the verified solutions for handling this problem is to remove a certain Windows Update which is probably a known cause of the complications occurring with the Ntvdm.exe file. The fastest way of doing this is to use a system restore for windows. However, how suitable the proposed method depends on a number of factors, such as whether you have configured it properly on your system and have a general understanding of the use. Moreover, the proposed solution would only be truly suitable if your computer has been severely infected with the virus.

You can apply Hotfix, which is capable of fixing problems related to this specific file)

Earlier, Microsoft has released software named ‘hotfix,’ capable of identifying and fixing the issues associated with the Ntvdm.exe file. But this software should only be applied to systems that contain problems with the Ntvdm.exe file due to the corruption of data or in cases where there are conflicts between the applications.

However, to apply this update, you will need to run Windows XP Service Pack 3 (SP3). If you are running a Windows XP machine and don’t have the latest service pack, you will have to download it first. You can download it from the following can be used:

This specific update is quite beneficial because it will not make any changes to your system settings. However, a system restart will be required to refresh your system once the process has been completed. Removal of the Ntvdm.exe Malware

If the techniques mentioned above do not work in your case or are running a system based on Windows Vista/7, then it is almost certain that you might have some sort of a that may have attacked your computer. One of the major signs that your system may have come across a virus is that if the ntvdm.exe process is still running even though you are not using a 16-bit application, as mentioned previously.

Another indication that your computer might be infected with a virus is that if the ntvdm.exe file uses an inappropriate amount of CPU power and is consuming more than needed hard drive space. All of these consequences can be examined using the Windows Task Manager, which you can run by first pressing Control + ALT + DELETE (for Windows Vista/7 users: you can click on the Windows Task Manager Button], and then click on the Processes Tab.)

The real Ntvdm.exe file will appear under Processes in capital letters with a lower case file extension (NTVDM.exe). However, whenever you receive system alerts and error messages, they will usually display the process name in capital letters such as NTVDM.EXE.

To effectively remove this ntvdm.exe virus, it is highly recommended that you scan your computer using an antimalware tool such as SpyHunter. For performance optimization and cleaning purposes, we would recommend using Advanced System Repair Pro, but that is only possible after you have used SpyHunter. Anyway, the instructions are given below:

You can run a System Optimization tool to optimize the file performance.

Once you have run and have removed any sort of viruses from your computer, it is a best practice to run some kind of optimization suite to maximize your system’s performance. There are several tools available that can be used to do this. Still, we would personally recommend you to use Advanced System Repair Pro, primarily because of its registry scanning capabilities, as it is most probable that the viruses might have corrupted, removed, or added invalid entries to it.

Is it safe to remove or delete NTVDM.EXE?

One should always keep in mind that it is not a good idea to delete a safe executable file without any valid reason; thus, the performance and efficiency of any other associated programs that use that file may be affected. Make sure to keep your programs and software up to date to avoid future problems caused by corrupted files. Concerning the functional software issues, kindly check the driver and software updates more frequently so that there is little or no risk of such problems occurring. The best way to diagnose these suspicious files is a complete system analysis either with ASR Pro  If the file is still classified as malicious, these applications will also delete NTVDM.EXE and get rid of the associated malware

As discussed earlier, the ntvdm.exe file is a software component powered by Microsoft Windows. Ntvdm.exe is a file that generally executes the NT Virtual DOS Machine component of Windows NT does not even pose a threat to your PC. The article is about a basic introduction of ntvdm.exe and the errors associated with it, along with possible solutions. Ntvdm.exe is useful but consists of numerous performance errors as well.

However, there are several solutions to these errors that we have discussed briefly in this article. However, problems and their solutions may vary from case to case keeping in mind the accurate identification of a problem and applying the most effective solution. The solutions mentioned by us are not limited but the most common ones are shared with you. You can look for any possible fixes and try each of them individually. Last but not the least; you can try many ways and this will provide you with the best insights and awesome troubleshooting experience. Also, you will be able to solve related issues also in future with no hassles.