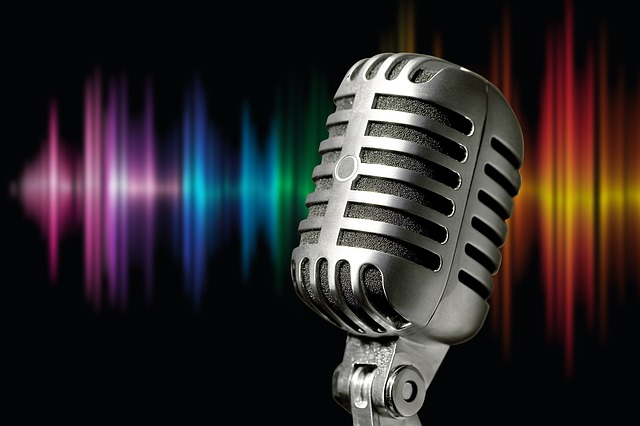 Is your Rig 400 Mic not working? If you want to get the most out of your gaming sessions, then having the right mic is extremely important. While there are many options to consider, Plantronics is one of the most recognized names in the headset industry.

For that reason, The Plantronics Rig 400 is one of the most popular mics for game consoles. It’s compatible with both the Xbox and PlayStation platforms, so this mic is widely regarded by both sides of the isle. The Rig 400, however, is not perfect. There are times in which it will stop working for what seems like no reason at all.

When your Plantronics Rig 400 Mic is not working, it can be frustrating. Luckily there are a few different things that you can do that can can get you up and running again.

If your Rig 400 mic isn’t working, the first thing to check is the audio settings on your console or PC. If using a PC, it’s important to make sure that you have the most updated audio drivers, while update your controller may be the solution for a Rig 400 mic not working on an Xbox or PlayStation. Luckily the game console manufacturers make it easy to update controller firmware in the console’s settings.

Why Is My Rig Mic Not Working?

There are a few different reasons why your rig mic may not be working. First, the problem may lie with your machine’s audio drivers. If you haven’t updated those in a while, try that first. It may be all that you need to do to fix the problem.

If that doesn’t work, you can also try updating the controller that you plug the mic into. Instructions for how to do that are included in the previous section.

You might have also inadvertently muted the mic. So double-check to make sure that this isn’t the source of your problem. Similarly, the USB connection on the mic may be loose. You can try connecting to another USB port to see if that works better.

Why Isn’t My Mic Picking Up Sound?

It can be pretty annoying when a mic doesn’t pick up sound. Sometimes a computer will even recognize the mic but won’t pick up any sound with it. When this happens, there are a few different solutions that you can try.

So, if the problem turns out to be with your PC, here’s what to do. Start by updating your audio drivers. If the problem persists, set your mic as the default device. Instructions for this are included in the previous section.

Many people use the rig 400 microphone on their Xbox. If that’s what you’re doing, here are some Xbox-specific steps you can try to resolve an issue you’re having.

Start by unplugging the headset cable from the bottom of your controller. Then plug it back in firmly. Sometimes that’s all that it takes to fix the problem. You may also need to update your privacy settings. You can do that by pressing the Xbox button on your controller and going into system settings. Then click on your account and choose privacy & online safety. Then go to Xbox Live privacy, customize, communicate, and make the change.

It’s also possible that you’ve inadvertently blocked someone you want to chat with. You can go to your party and select unmute on your friends’ profiles to try this. Finally, if none of this works, you may need to check your network issues. Sometimes a poor connection can cause a mic to stop working the way it should.

Setting up a rig 400 mic on your PC is a pretty straightforward process. Doing so is often as simple as plugging the mic into your machine. When you do, most PCs will automatically begin using it as the default device.

However, some additional setup steps may be required in certain scenarios. For example, some PCs don’t have the right plug for a rig headset. If yours doesn’t, you may first need to purchase a wire splitter in order to use it. But some PC-specific rig models have this included in the box.

Additionally, your PC may have pink and green audio jacks. In that case, you will have to use the wireless splitter. Just make that you plug the headphone into the corresponding jacks.

After this, you may want to adjust your PC settings for voice and game volume. You can right-click on Rig Headset Voice and set it as the default communication device. But this may occur automatically when you plug the headset in.

Connecting a rig 400 headset to a PS4 is a pretty straightforward process. Start by making sure that your console is updated. Then plug the headset’s 3.5 mm jack into the corresponding jack on your controller. Make sure that you a hear click, which indicates that the device is connected.

Your console should automatically recognize the headset at this point and configure its audio settings accordingly. But no worries if it doesn’t. You can also do it manually. If you need to set this up manually, start by going into your machine settings. Then enter devices, select audio devices, then click on output to headphones and select all audio.

There are also ways to customize the headset further. You can do that by going into your PS4’s audio device settings. Once there, you’ll find options for adjusting the input and output volume, among other customization settings.

Muting a rig 400 headset is very easy. The company has included a mute switch on the device. Simply turn the switch to the correct setting and your headset will be muted.

The mute switch will be located on the rig 400 headset’s cord. It should be pretty obvious once you see it. Just flip the switch and look for the red color to be revealed. As long as you see that red, you know that the headset is muted.

It’s also worth mentioning that the headset has volume control on it. So you can use this if you want to lower your volume instead of muting the headset entirely. The volume slide control is also located on the headset’s cord.

How Do You Reset Your Mic On PS4?

Sometimes your audio settings can get messed up inadvertently while you play PS4. When that happens, one solution to the problem is to just reset the settings entirely. Thankfully, it’s pretty easy to do that.

Completing this process should reset your mic settings on your PS4. You can manually adjust them further if you need to as well. To do so, just navigate from your settings menu to audio device settings.

Does The Rig 400 Have Surround Sound?

Yes, the rig 400 does have surround sound. It’s surround sound from Dolby Atmos, which should make your games sound a lot better.

There are a few different fixes that are worth trying if you need to reset a rig 800 headset. Usually, the first thing to do is unplug the headset. Then give it about 10 seconds before you plug it back into your controller. There’s a good chance that this will solve the problem.

But your issue could also be a hardware one. Sometimes a rig mic will stop working just because the mic itself is faulty. You can check this by trying to connect the headset to another device. If it doesn’t work on that device either, then your headset is likely broken.

Some rig headsets also have switches on the back of the transmitter. These switches designate whether the mic is going to be used on a PC or Xbox. Make sure the switch is in the correct spot for the device that you plan on using it for.