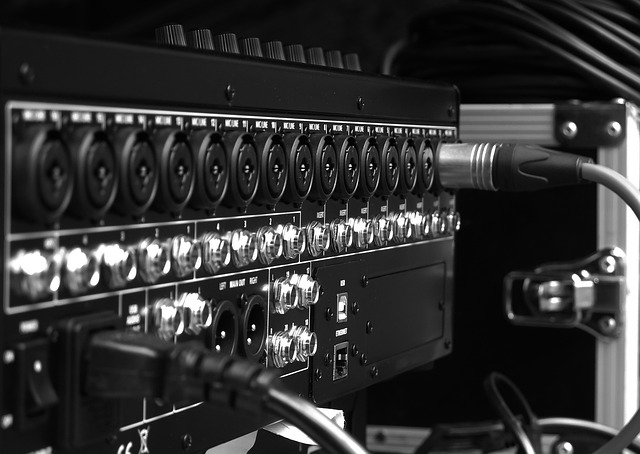 The 4-channel amplifier (amp) is a preferred choice for a car stereo system. Normally, 4-channel amps are designed for use with either four speakers or 2 speakers and a sub-woofer. Though not recommended, it is still possible to connect 6 speakers to a four-channel amp.

As you may be aware, wiring more speakers to an amp than the amp capacity will increase the lead. This, in turn, causes the amplifier to heat up faster than it should. This is precisely why you need to get it right, or you risk damaging the amp.

Different methods may be used to wire 6 speakers to a 4-channel amplifier, including series and parallel connections. Throughout this guide, you will learn the various ways you can wire a 4-channel amp to 6 speakers as well as the pros and cons of each method.

You can choose to connect 6 speakers to a 4-channel amp exclusively in a parallel or series configuration. Each of these configurations has a unique set of benefits and drawbacks to offer, with the parallel configuration being the better choice.

It is also possible to apply both parallel and series connections to connect the speakers, as you will learn later in this guide.

Why is a 4-Channel Amp a Preferred Choice?

A considerable number of car owners and professionals prefer installing a 4-channel amplifier as opposed to other amp options. To begin with, it offers great value for your money and is a rather versatile choice. In this regard, you can safely connect 2 to 6 speakers to a 4-channel amplifier.

Again, the leading 4-channel amplifier models feature a compact design. As such, you can install the amp almost anywhere in your car. As a matter of fact, it is the perfect amp choice for installation in tight spaces, such as beneath the rear seat.

The amp may also be connected in a number of ways, all of which guarantee a great audio output quality—provided they are connected properly. This gives you the freedom to configure your car stereo system whichever way you desire.

Different car amplifiers—whether 4-channel or 6-channel—have a minimum as well as maximum speaker load. This refers to the minimum and a maximum number of speakers that the amp can handle safely. Speaker impedance (also referred to as speaker load) is the amount of resistance a speaker offers to the flow of current through its coil, expressed in Ohms (Ω).

Regardless of the model, all amps have a minimum speaker load—normally specified on a product label or as a warning in the user’s manual. A speaker load that is below the specified minimum impedance rating may cause the amp to overheat, which affects its durability. Most of the leading 4-channel amps have a min load rating of 2 Ω per stereo channel.

Connecting 6 speakers to a 4 channel amp in parallel reduces the overall impedance considerably. The amount of current that a speaker can safely draw from an amp mainly depends on the load/Impendence on that particular channel.

The lower the Impendence load on the amp channel, the more the current that can be drawn by the speakers, hence more output power. Assume that your amp is rated 100 watts RMS at 8 Ohms. Connecting a speaker rated 8 Ω on such a channel allows for a maximum output power of 100 Watts (assuming that the amp was ideal).

How to Connect 6 Speakers to a 4-Channel Amplifier

To add a 4-channel Amplifier to your car stereo system, you first need to choose the right speakers, so as not to overload the Amplifier. Most of the leading 4 channel amplifiers tend to have a minimum speakers load rating of 2 Ohms for each of the four channels.

In such a case, you need to ensure that the overall impedance per channel is more than 2 Ohms, as explained later in this guide.

Provided that the overall speaker load meets the amp impedance requirements, it is safe to have a different speaker load on each channel (say 4 Ω on the front channel, and 2 Ω for the other channels).

What You Will Need

The 4-channel amplifier only has four stereo channels, but you need to connect six speakers. As such, you cannot just wire the speaker wires directly. Instead, you need to decide on the best wiring configuration to use—between parallel and series—as discussed below:

Method 1:How to Connect 6 Speakers to a 4-Channel Amp in Parallel

Wiring the 6 speakers to the amplifier in parallel will ensure that you get the maximum output power from your stereo. Additionally, connecting speakers in parallel results in a great output sound quality, as compared to a series connection. This method essentially requires you to wire each speaker to the amplifier separately—no two speakers will be sharing a wire.

The main idea here is to connect four of the six speakers to 2 channels on the amp (two speakers per channel on two channels). You can connect the remaining 2 speakers on the other 2 channels. If you would like to wire 6 speakers to a four-channel amplifier in parallel, this is the procedure you need to follow:

For improved sound quality, you may need to keep the two speakers that are wired together to the rear, and front amp channels respectively. However, this is matter of preference.

When speakers are connected to an amplifier in parallel, it is possible to achieve the maximum power output with minimal or no interference at all. As a result, connecting 6 speakers to a 4 channel amp results in impressive sound quality and clarity.

The four speakers connected to channels 1 and 2 will put a heavy impedance load on the amplifier. As such, the amp tends to overheat—especially when played at full volume for an extended period. As such, it is not advisable to play the maximum volume for a long period with such a configuration.

Method 2:How to Connect 6 Speakers to a 4 Channel Amp in Series

If you are looking for improved safety, then a series speaker connection is the way to go. However, the sound quality and output power will not be as high as they are on a parallel connection. The aim here is to connect four of the speakers to 2 channels on the amp in series, and then connecting the remaining two speakers to the other 2 channels.

In a series connection, one wire runs from one terminal on the amp channel to one speaker, which is then connected to another speaker, and the last speaker to the other terminal on the channel. The following steps will help you connect 6 speakers to a 4 channel amplifier in series:

Step 1:Connect Speakers 1 and 2 to Channel 1

Step 2:Connect Speakers 3 and 4 to Channel 2

Again, you should connect one speaker to the fourth terminal on your amplifier. Just follow the procedure described in step 3 above to connect speaker 6 to channel 4. (Positive terminal to positive and negative terminal to negative).

As opposed to a parallel connection, connecting speakers in series does not increase the impedance load at the terminal. As such, the series connection is safer—especially if you will be playing loud music for extended periods.

It is safe to connect 6 speakers to a 4 channel amplifier in either a parallel or series configuration. With a parallel connection, each speaker is connected independently to the amplifier. As a result, the impedance load will be higher.